By Tatiana Márquez, in Madrid

On the ‘Women in Science’ panel co-organized by the IPPC and the Filantropía Cortés Solari (FCS) group through Fundación MERI, which took place on Saturday 7th December, the experts discussed the current reality facing women in science.

The session, part of the COP25 Climate Summit, was led by Maisa Rojas, an associate professor at the Geophysics Department of the Universidad de Chile; Robert Hales, Director of the Griffith Centre for Sustainable Enterprise; Ko Barrett, Vice Chair at IPCC; Debra Roberts, Co- Chair at IPCC; and Laura Ramajo, a researcher from the Centre for Advanced Studies of Arid Areas (CEAZA).

Discussions centered on the points of view and personal experiences of the panelists regarding the gender gap, leadership opportunities and the delicate balance of work and family life. “These days we have tools that allow us to be connected without being physically together, and we can have remote meetings with people from other countries. Why shouldn’t that be the case if one of our female colleagues has family business to attend to at home?”, asked Laura Ramajo. “Of course, it’s better for a few people to be in the same physical space, but we have to be sensitive to people’s needs. And it’s not only about women, as there are men who also have to look after their children and family members”, she added. Nevertheless, she pointed out that “we are making progress in terms of balance, as there are now day care centers at many conferences”.

Maisa Rojas spoke of a leadership that “can and should be different”, as new leaders can provide different points of view and new ways of approaching problems, which is enriching. “We are talking about the climate crisis, and we can’t tackle this problem like we would have done in the XIX century when women were neither seen nor heard in science. We had no say in the academic world”. Likewise, she stated that “we need new leaders, at the COP25 –where most of the leaders are men-, and also in business and finance…”. In fact, proof of this can be found in the IPCC’s Special Report on Climate Change and Land, which is the first of its kind to be written up by a team where 50% of the members were women”. Rojas took the chance to thank the mentors who have supported her throughout her career and who have valued her contributions without ever judging her for becoming a mother.

Representing the male point of view, Robert Hales underlined the fact that diversity brings many benefits and that there are studies showing that having women in leadership roles can increase productivity by 30%. “Working with women has shown me that you can never take anything for granted and that you have to be open to diversity. It’s true that we men also have people to look after, and that the work-life balance affects us too, but it sometimes goes unnoticed. Gender stereotypes can do a lot of damage in the workplace and there is a very positive women’s empowerment movement coming through now”.

“Convincing yourself that you can overcome the obstacles that other people put in your way or that you impose on yourself is key if you want to reach your professional goals. There are so many great female scientists out there waiting for an objective opportunity to move up in their field, but the majority of the top positions are occupied by men”, said Debra Roberts.

Ko Barrett, meanwhile, pointed out that she has had plenty of female colleagues in the lab, but has rarely seen them in leadership positions. In her opinion, it is frustrating to see, but she has tried to set an example for women who want to have a family and also a successful career in the sciences. What motivated her to take up the challenge was her experience in applying to work on a project where all of her competitors were men. “We are looking for women who are out there waiting. We want projects to be equally distributed among men and women so that women can have successful careers too”, she said. 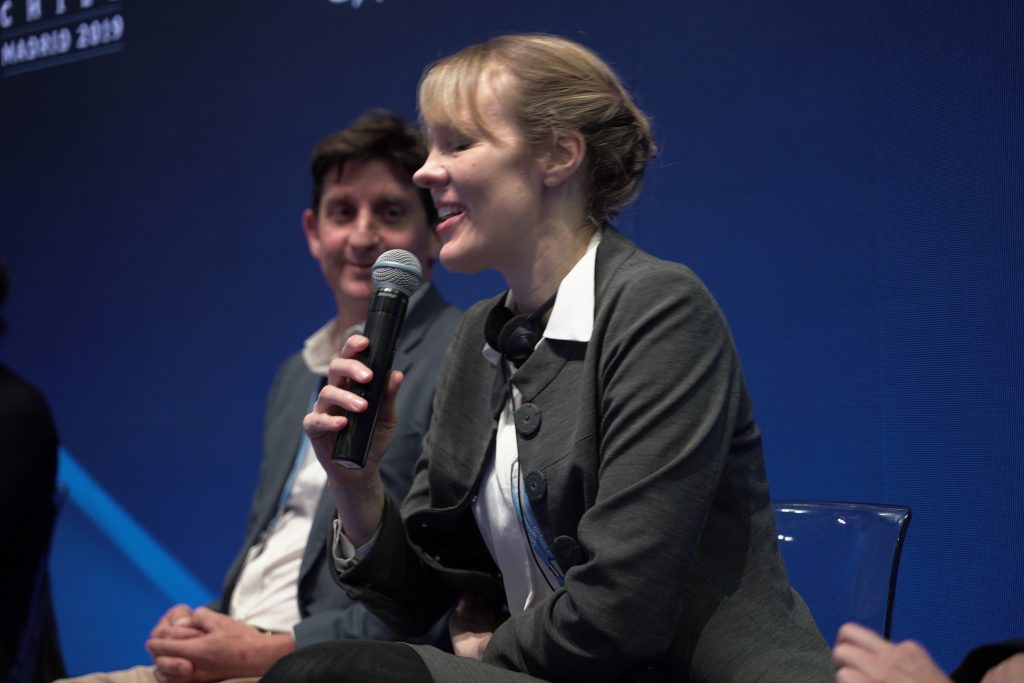